‘Never lose the romance’ - it’s a lyric from Mike Evin’s latest album, Evin On Earth, but it’s also a reflection on why he keeps making music. The Canadian piano pop tunesmith has been steadily building a loyal following across North America, the UK and beyond for over fifteen years, yet his new music has the feel of an artist still out to discover something fresh and honest and connect with a wider audience.

Evin has independently released six albums and two EP’s, and his champions include Canadian icons Barenaked Ladies and Ron Sexsmith, and Australia’s Ben Lee. CBC Music called Evin the “next big thing”, and the lead single from his fifth full-length album Life As A Lover, “Have I Ever Loved?”, was among the Top 20 most played songs of 2015 on Sirius XM’s CBC Sonica. “Al Green” reached #1 on Sirius XM’s The Verge.

Evin’s modern spin on the classic piano pop of Billy Joel and Joe Jackson manages to sound contemporary, classic and elusive all at once. He’s been mentioned with Ben Folds and Jason Mraz, but he has a distinct voice - a heartfelt reflection of the human experience. His time spent in Cuba, New Orleans and the Aniishnaabe community of Manitoulin Island have all shaped his art.

In 2017, Barenaked Ladies brought him out to support their US theatre tour, and he’s also shared stages with Sexsmith, Dan Mangan and Sarah Harmer. Fans love the spontaneity and energy of his live shows.

Evin On Earth reunites Evin with some key collaborators from different points in his career: producer Howie Beck (Charlotte Day Wilson) first worked with Evin on 2015’s Life As A Lover, bassist Jim Creeggan (Barenaked Ladies) co-produced 2005’s I’ll Bring The Stereo, and drummer Ian MacKay (Basia Bulat) has toured across Canada and the US with Evin.

Since March 2020, Evin has been putting on weekly live stream concerts from his Toronto home. These 50+ shows have been loose and engaging, and they’ve nurtured a tight fan community that’s bared witness to many new songs. One of the new songs, "Paul Chambers" (co-written with Creeggan), appears on Barenaked Ladies’ latest album. Evin is writing towards a new album, planned to be recorded once it’s safe to be in a studio again.

“A rarity – a pop composer who isn’t afraid to use his wit or to wear his heart for all to hear.”

“Mike Evin taps into what motivates people, and champions the search for happiness.”

“Contagious energy … Mike Evin has all that it takes to get discovered by a wider audience.”

“Mike Evin’s ‘Have I Ever Loved?’ is a modern classic.”

“His music is fun, the spirit joyful, the hooks ridiculously plentiful.”

“The next big thing” 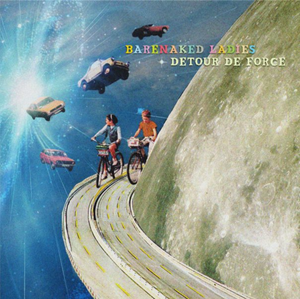 My good friends Barenaked Ladies have a new album out, Detour De Force! It's packed with lovely songs.

I had the thrill of co-writing one of the songs with bass players Jim Creeggan - "Paul Chambers". It's both a…

Mike has a community on Patreon.

In Mike's words:
"This is going to be an adventure, and I hope you’ll join me. By subscribing monthly, your patronage will help me to create and share music in a sustainable way and at a regular pace. Amazing! You'll also become part of my 'Patreon Clubhouse', where throughout the month I'll share my new songs, demos, videos and process with the people who are extra jazzed that I keep making music."

Learn more and become a Patron